Spoon River Anthology or the presence of things past.
A multimedia installation conceived as an arrangement of video projections and sound in space.
The projections show opera singers performing songs to selected texts by the American poet Edgar Lee Masters from the Spoon River Anthology. The protagonists of this Anthology are inhabitants of one town, who once lived side by side, and now lie side by side, dead. Each poem is a brief story of life and death told by one or two Spoon River citizens.
The Spoon River episodes resemble the narrative of Divine Comedy in which Dante, deeply moved, listens to the life stories of the souls he meets during his peregrinations. An apparition comes, materialises and comes to life in the story he or she tells. The memory conjures up a life, and each spectre has just a little while to come back to life in the memory.
The naked bodies of the performing artists are filmed in such close-ups that individual identification becomes impossible. Instead, we can observe the life that goes on under the skin: its tensions and vibrations, heaving and flowing, contractions and releases, and all the movement of the bodily matter which brings sounds to life and is itself brought to life by those sounds.

This installation was made possible through a scholarship from the Polish Ministry of Culture and National Heritage. 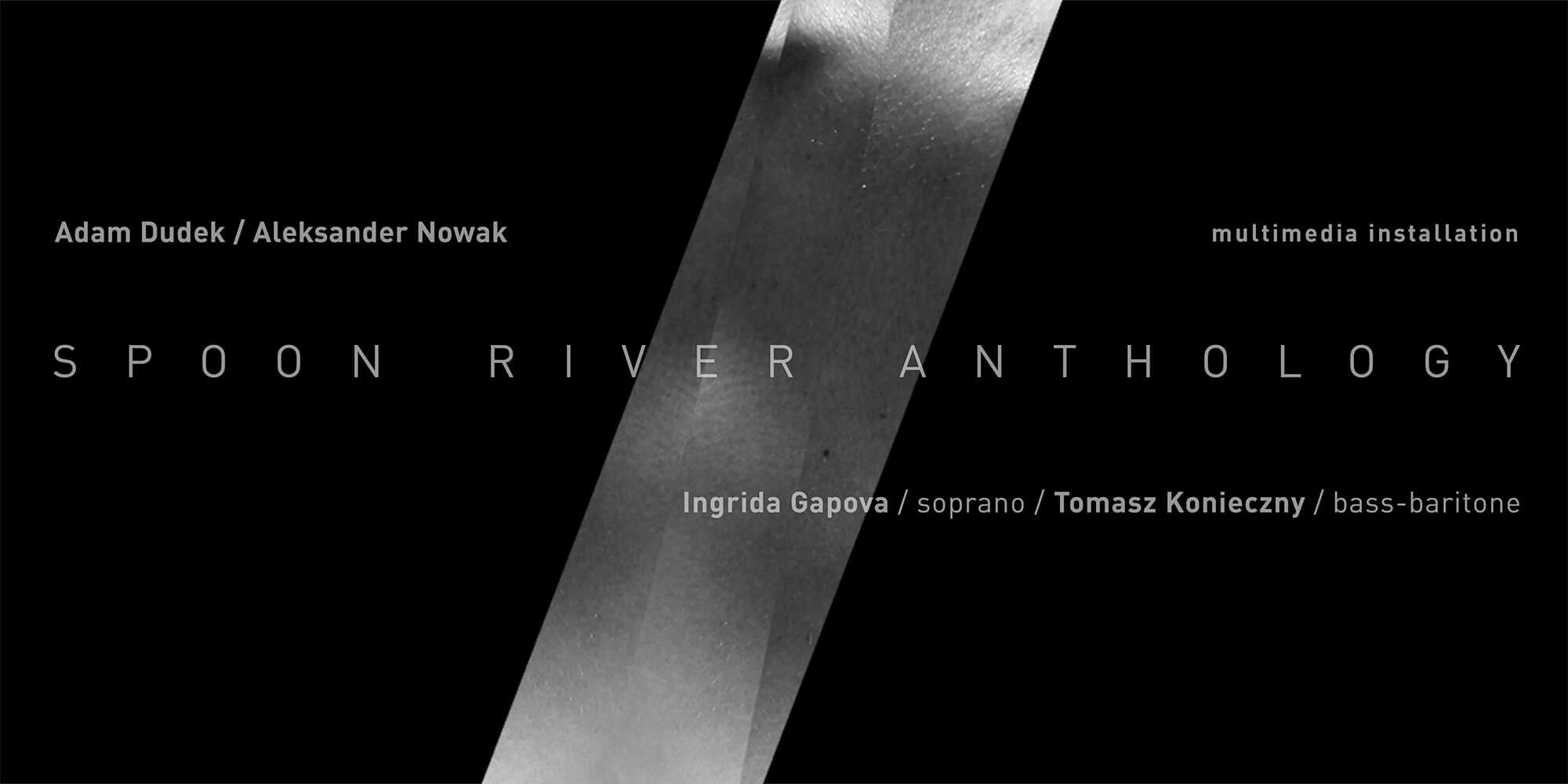 the poster of the installation 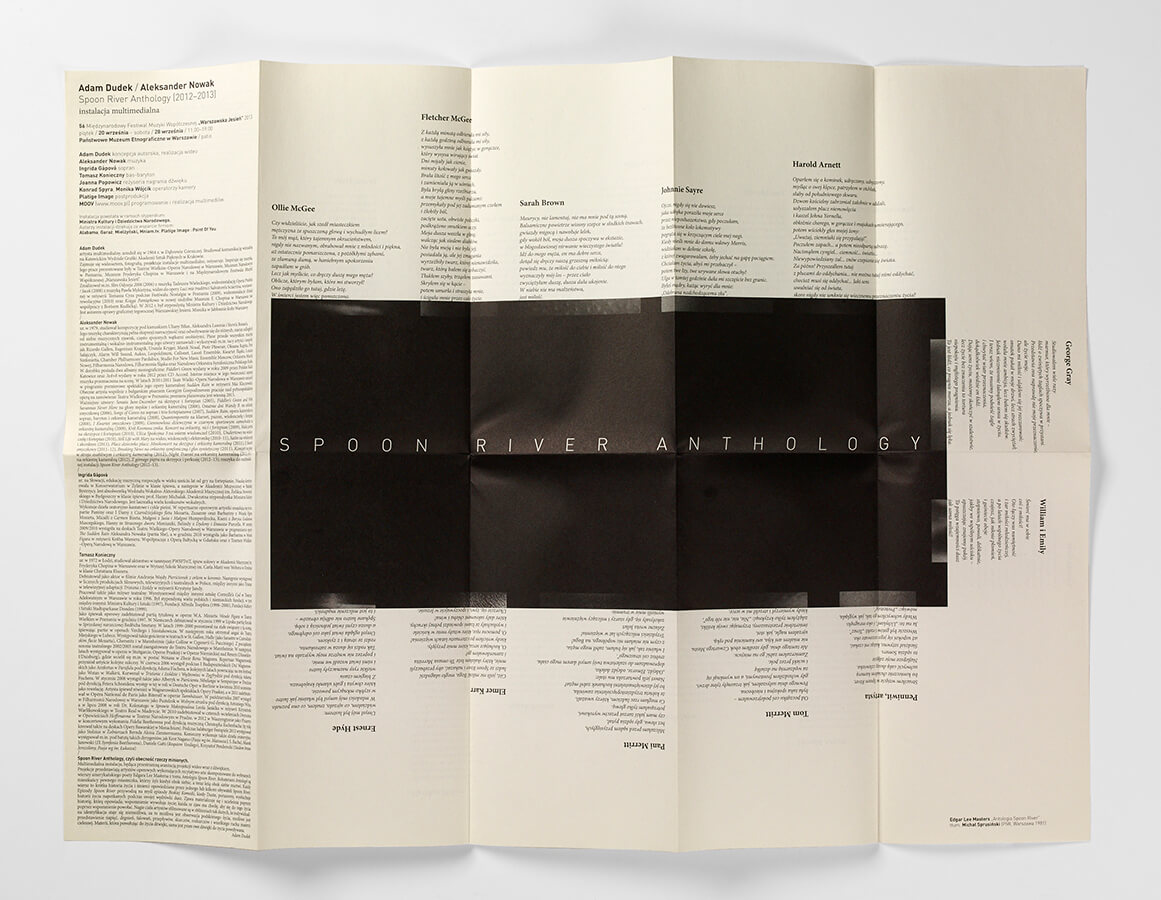 the programme / guide to the installation 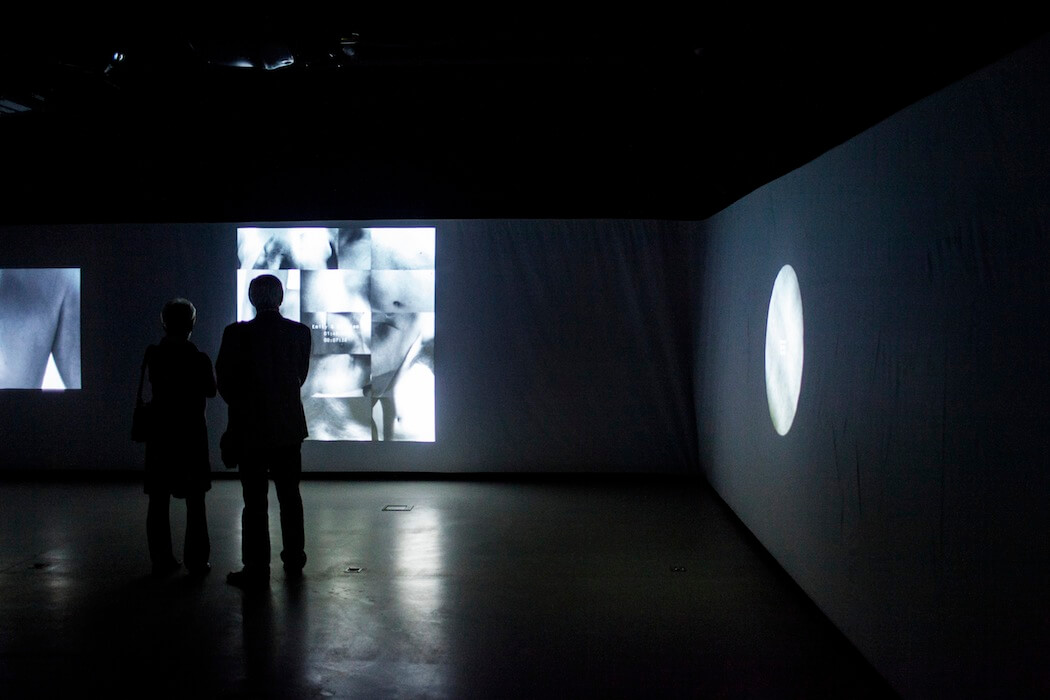 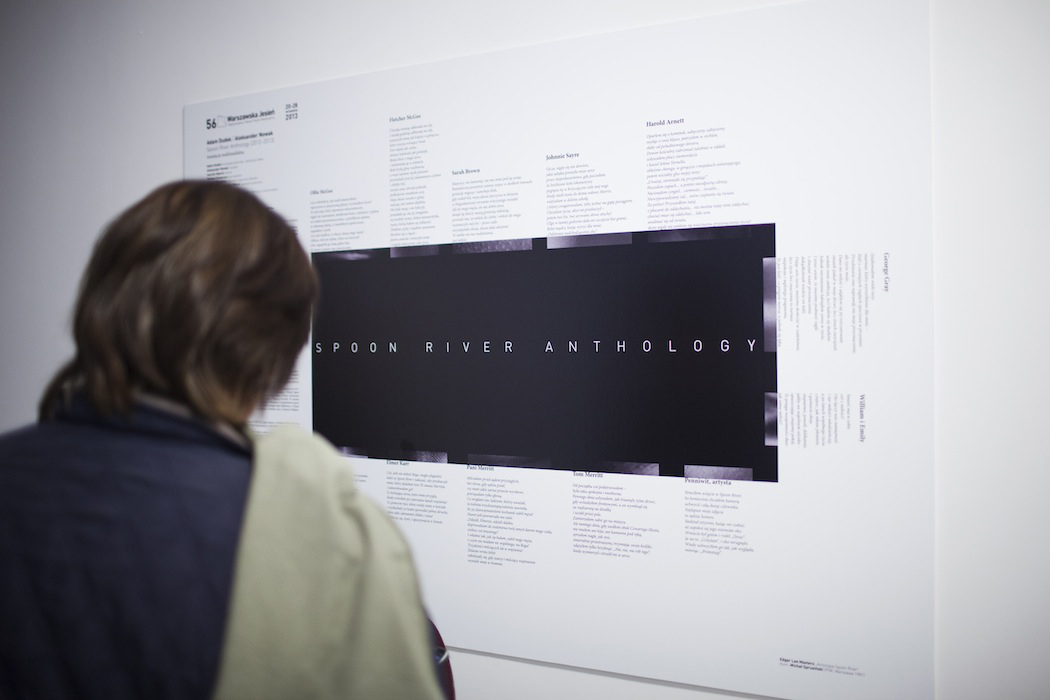 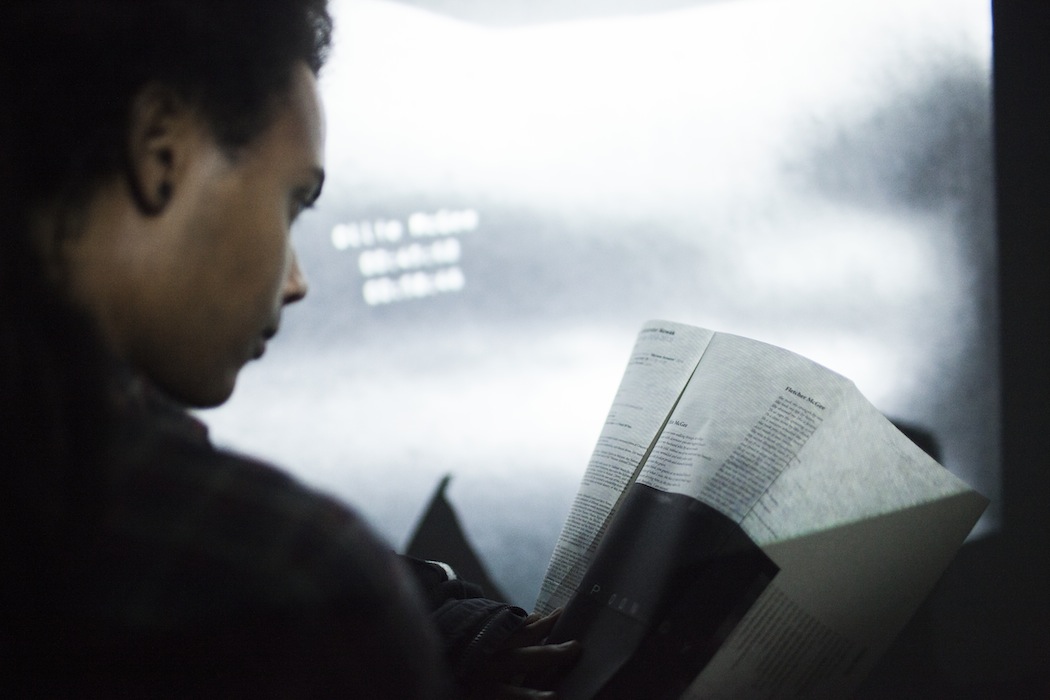 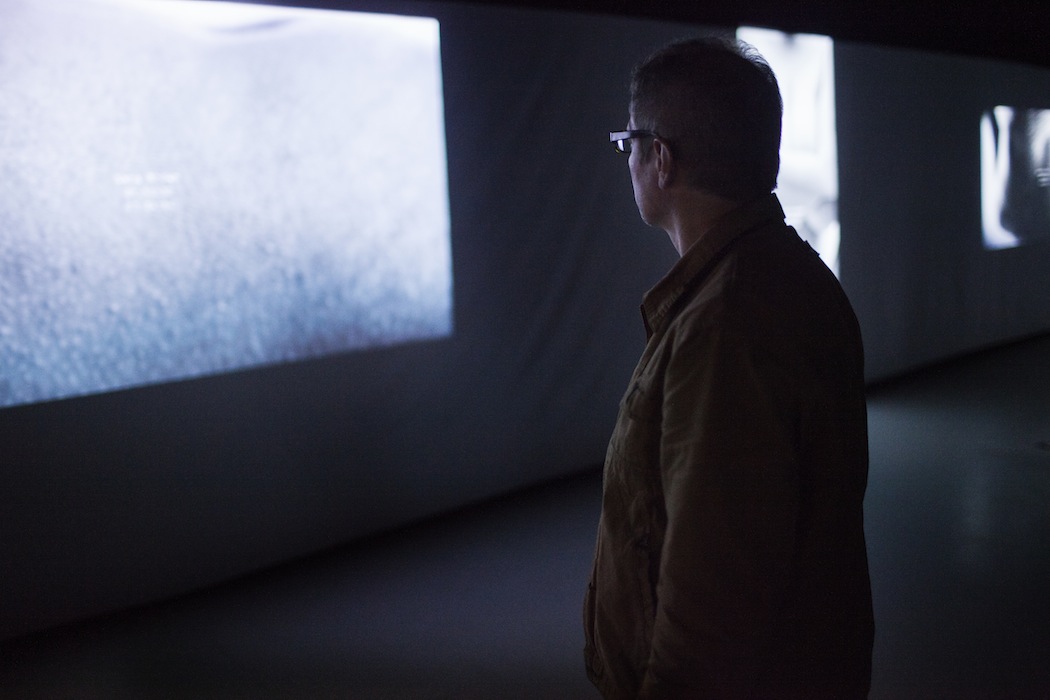 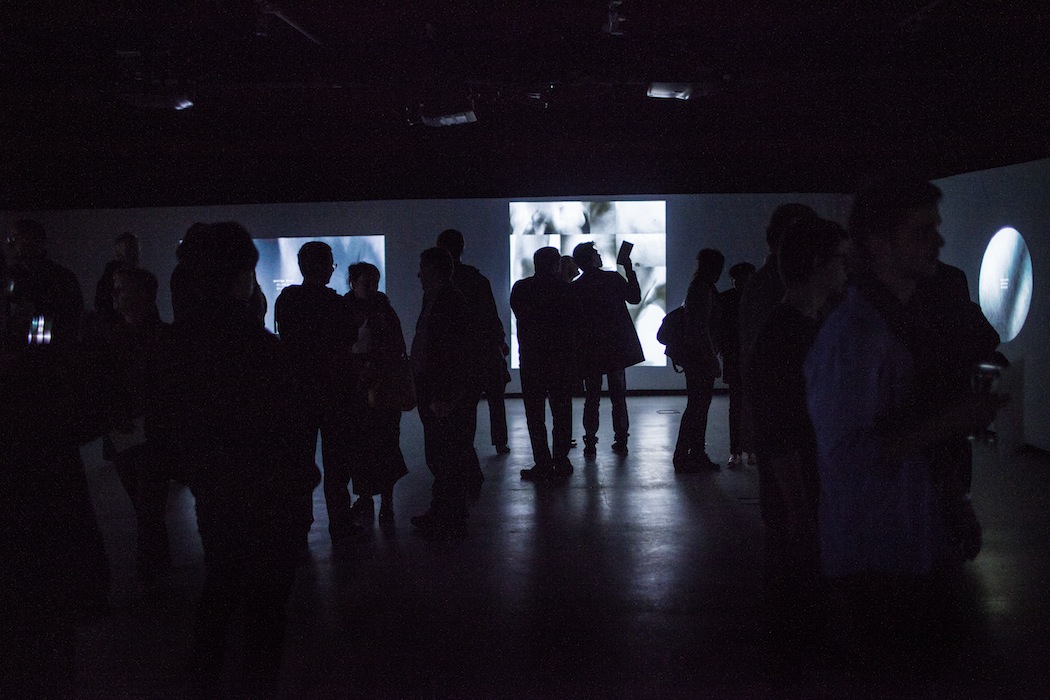 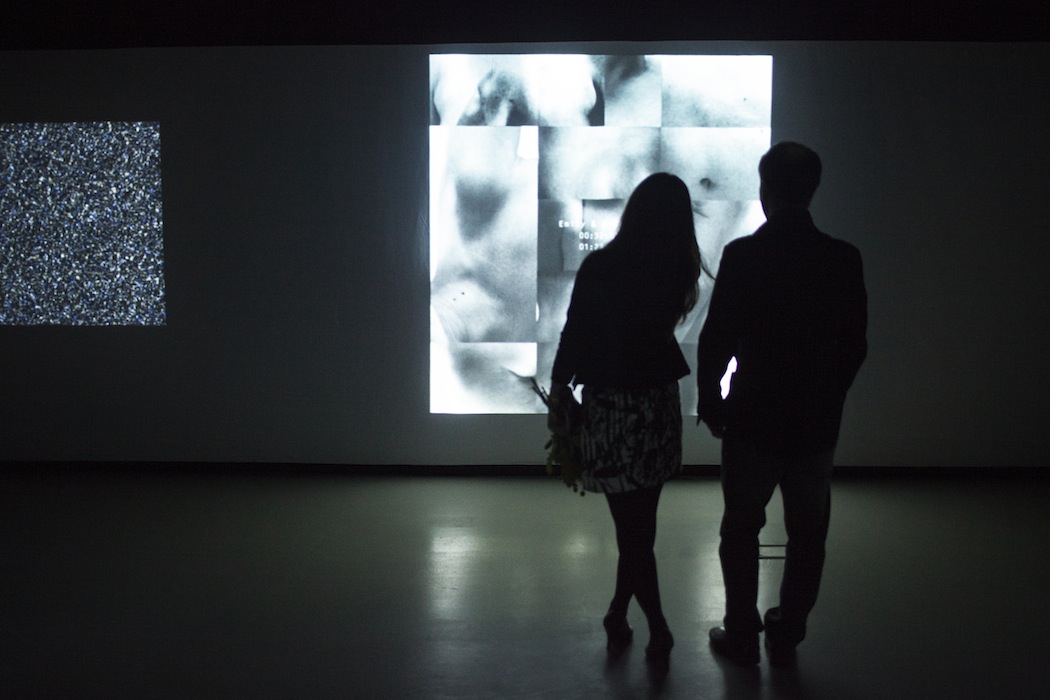 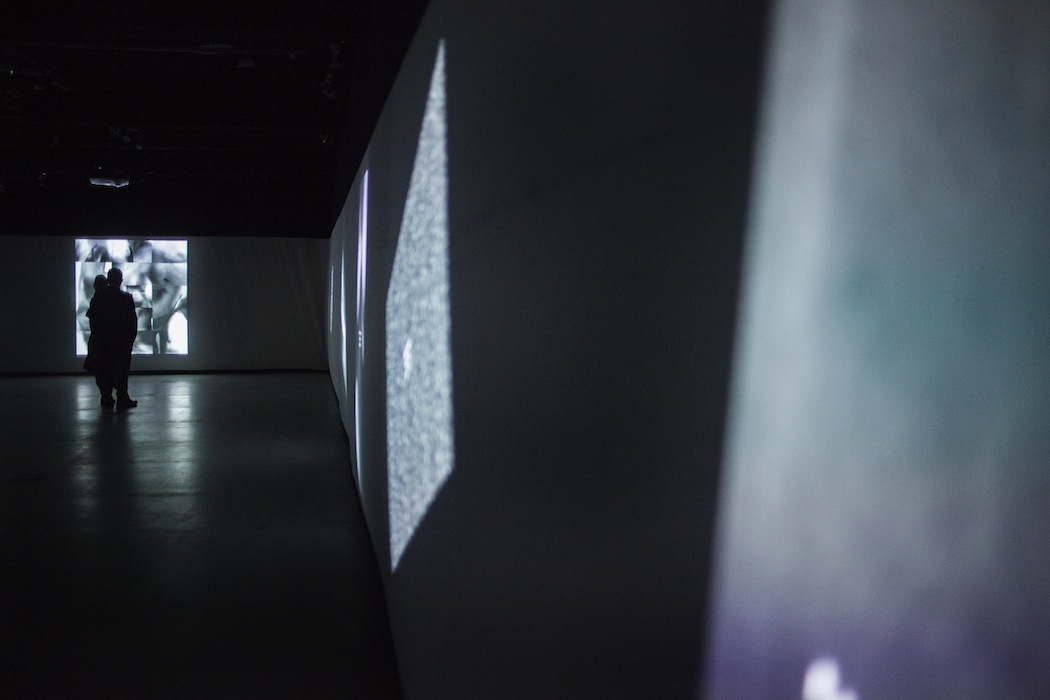 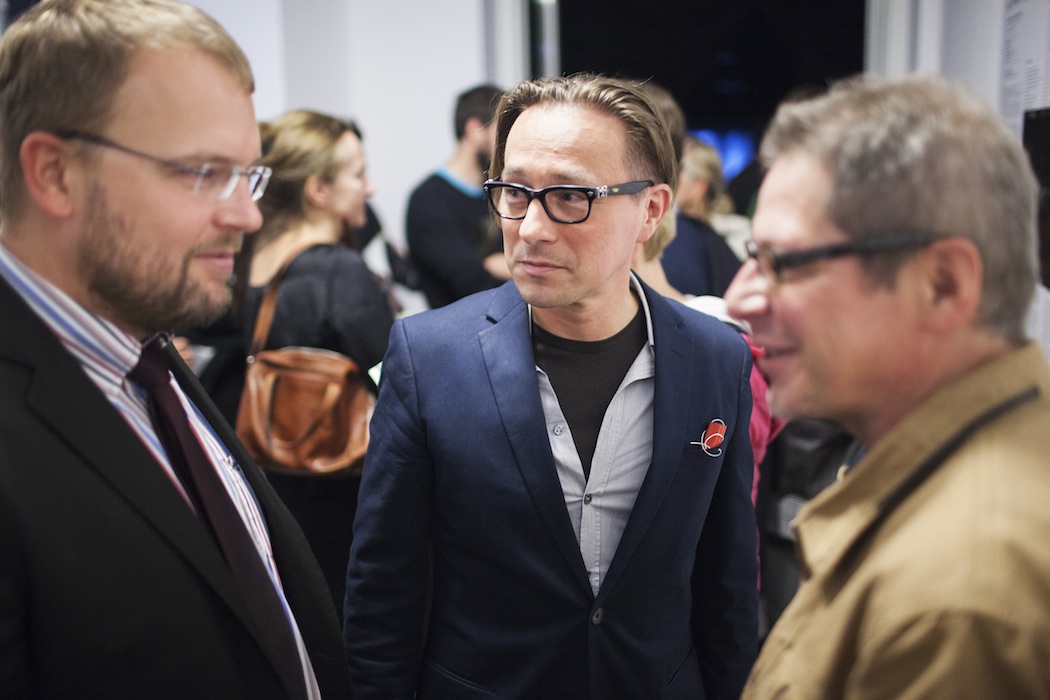